Local yachts are back at the top of the IRC One fleet after two contested races in the Axiom Private Clients Spring Series at Kinsale Yacht Club in West Cork.

The wind for the second race of the series, after last week’s cancellation, was flukey, up and down in strength and the race started in lighter winds.

Race director Donal Hayes laid down a weather mark, then used fixed marks outside the harbor and finished at the club line off Charles Fort. 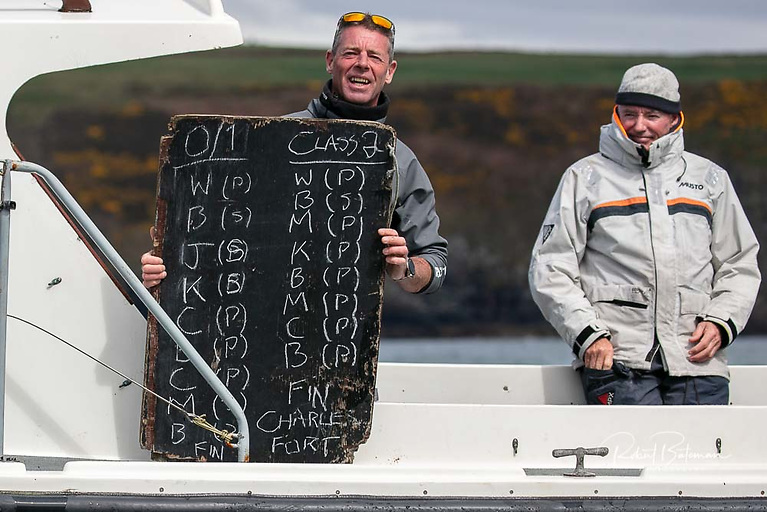 Such was the nature of the second upwind race, which featured plenty of reach with limited upwind or spinnaker work. 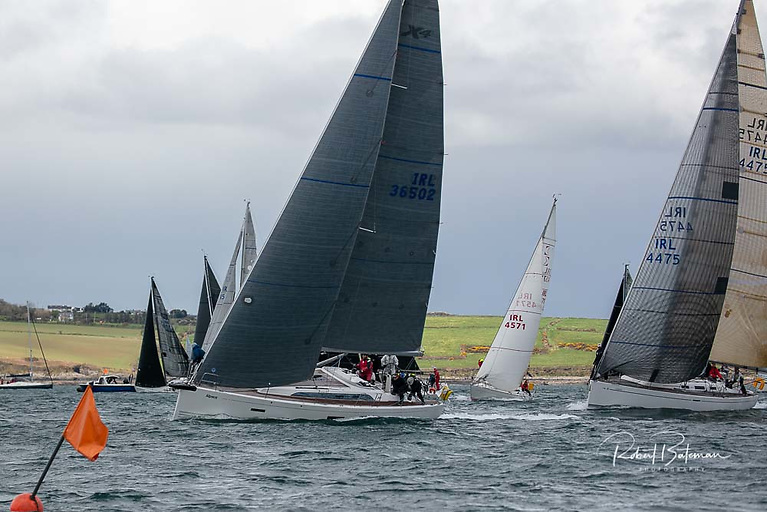 The start of IRC Zero and One Photo: Bob Bateman

The new Royal Cork yachts that scored first success in the seven-boat fleet’s debut race a fortnight ago have been replaced by recent series winner Frank Godsell Reavra Too, an Elan 333 skippered by Stephen Lysaght. The second is Finbarr O’Regan from the host club in the J/109 ‘Artful DodJer’.

The Beneteau First 345 Val Kriss (Nigel Dann VincentMurphy) is ahead of Albert O’Neill’s Feeling 326 Sallybelle. The third in the seven-boat fleet is Sam Cohen’s First 32, Gunsmoke 2.